Editor's note: "Storm/Inner Storm" was selected from poems submitted in response to our Ekphrasis Challenge.
You will find the visual prompt on our homepage. 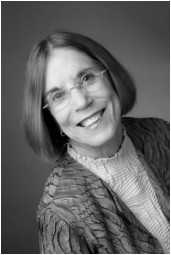 Night, no lantern, crack of steps on veined leaves.
Check the old script: his life is like this now.

But you must try, once, to walk his maze —
a goat’s serpentine — with no destination ahead,

as he loses names, faces, asked today when you’d
taken out trash: “Where the hell were you?”

Here you are both blind and circling in shadow.
Words have lost weight and sense. Doors slam,

doors that don't have frames or walls. This stage
has a proscenium but no curtain. Wings blur. . .

Chased off, his life is in the wings now. You turn,
push toward light, yet enter pursued by a bear. 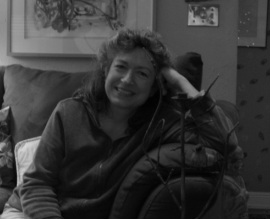 ﻿We caught the scent of fresh lavender wands
used for calming, along with the pervasive aroma
of basil, the spiced fern whiffs of dill, the mix
of peaches and torpedo onions, and later,
at the crowded end of the aisles, the seawater
pungency of fish, mostly salmon. The glazed
eyes of the fish stared out blankly from their beds
of crushed ice. We gazed seriously into one, unable
to penetrate the isinglass surface where our own
faces floated, like trilobites in stone. Even the roses
"not hothouse" but grown indoors in a family garden
(laminated photos as proof in the vendor's stall)
could not enliven the crowd's quiet mood, most
of us still tuned to the week of TV, those images
of the burning towers, the planes vanishing into
them, and the fragmented verbiage of officials.
In blue jeans, in saris, in Sunday church clothes,
in wheelchairs, in strollers, we jostled and buffeted—
speaking English, Tagalog, Spanish, Mandarin, Farsi,
bumping hips, knocking elbows cordially, wedging
ourselves peacefully in, to search for the ripest local
honeydew, the fattest Big Boys, the plumpest figs. 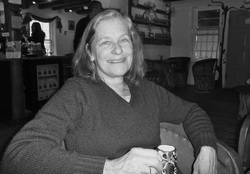 Walking to figure-drawing class
on 57th Street in 1968,
upended on the sidewalk
a perfect batch of brownies
cut-glass platter for a roof
my heart in tatters.

My feet bolted to concrete
indifferent people pass in clusters
others wagging like bobble heads
in a silent tsk tsk.

I kneel in for a closer look,
finger the sharp Steuben pattern,
still pristine.

Years later it hits me
like a cannonball, the gesture of giving
and what came before:
the exclamation point of idea.
I comb the streets, a symbol junkie
still stooping to salvage the metaphor. 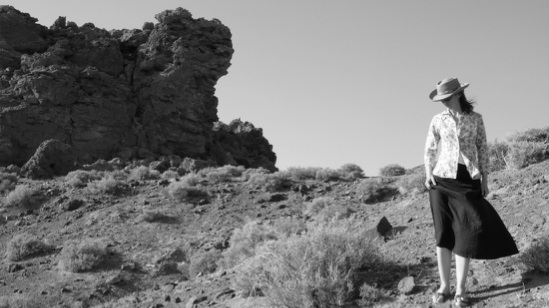 I slide into the blue hole along
limestone cliffs
mossed slippery green.

Above, bats find mosquitoes
in dim lamp glow.
I am chilled swimming alone.

Nine carp tickle the moon skin
of my thighs.
Am I frightened? Am I

frightened floating the surface
of the deep?
No, I’m fearless moth-light.

And stars unfasten one by
one to stud
the agate sky-- 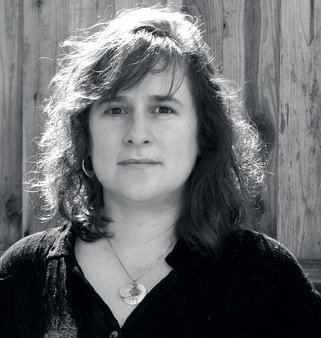 That year the wind took the
Topsoil and the children the
Maps all changed and not
Everyone found a pair of
Magical shoes or good
Company I wonder if she paused
Every time she introduced herself if it
Was a question between her teeth as well the
Taproots that go somewhere
Unknown and we understand that
Every family has stories that are
Painted over there are always
Things hidden in the walls but when all you
Know is the blank wall and the
Hints and suggestions of what might be in there and you
Know, know that all of the expected
Family portraits are in ink only
Visible under a certain moon 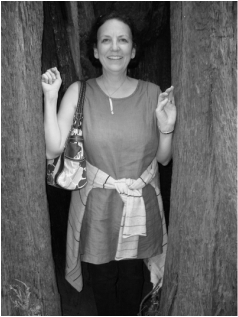 Cathy Barber, San Mateo, California
One Line May Hide Another
After Kenneth Koch

There is a line
hidden behind this one.
A poem in the space
between ink and paper,
that peeks around the tall letters,
squats behind the fat ones,
puts a large googly eye
to an ‘O’ and stares.
But just like watched pots,
it’s hard to catch the act, the moment
when a word or thought
shows itself unobscured.
The poem behind
rarely makes the brave, incautious move.
Oh, it will poke out a toe,
a word here and there.
From around ‘alligator’ might come
‘alleged’ and from behind ‘cushion’
‘choice’ may flash, first in shadow,
then in a mad leap to the front.
Once ‘desert’ was replaced
with ‘daughter’ and that shook me.

But another time I wrote a poem
with the word ‘death’ right in it,
and the idea of death, too,
not just the word.
This was a serious poem
that would have scared anyone,
even you, if you had read it,
and it wasn’t about you, not really.
That word ‘death’ was overtaken in a flash.
A huge word pushed its way in,
squeezed that space wide.
When I looked next morning,
all my words were gone.
A lovely verse about hummingbirds
covered the page
and I couldn’t remember
much mine had said,
just that it wasn’t about you.

I keep that bird poem close at hand.
Sometimes I bring my mouth close,
whisper around the words on the page.
I coax my lines to reappear,
tell them I would try hard
to welcome their return.

My sister remembers that I used to jump along
Rooftops at our apartment complex.  She is
Exaggerating, and I wanted to say at the time--
Jumping isn’t the same as fleeing. I looked at her

Disbelieving that I could have flung myself, but I imagine
Whatever she saw was me younger, Lee Press On Nails, some
Curved claws valley girl high vigilante feathered hair
Biting my skin. I was the contortionist burrowing underground.

Amazing that I was a beacon to her while wanting
To rub my way under the tarmac on the roof, crawl inside the dark ink,
Fingers dragging the slick heels of what must have been
An awful summer. My ankles sticking to the only abandon I can remember,
And for years now I’ve watched the witch inside turn to the sun she must have seen. 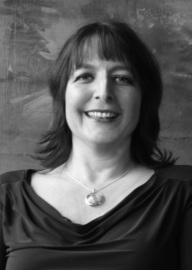 Connie Post, SF Bay Area, CA.
Ancestor Who Finds Me in a Dream

filling you as if
there was no other earth

and behind you
all those stories
you dropped
like holy water
along the way. 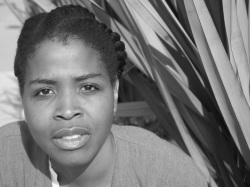 Speakers cannot speak you sharper than these decades cloud.
Your accent aged and grave and so I listen with my body
to earth. What the kneecaps didn’t get, I’m sure temples stand
under the rainforest in your yard. I’m sure the sternum unlocks
this truth, already split in us. Your tongue is not mother and has
given up its pearl. We language the leaving and it’s static between us.
Powered by