Notes from the First Wife

I suspect drinking. A long silence
from that sloped cabin means
he’s bought a cheap ticket to the spirits
in his hermitage of tongue-and-groove siding.

If not alcohol, maybe a woman, maybe two,
the epiphanies of stranger sex.

Best if it’s sleazy, enough to invoke shame.
​
In the old days he worked a survey crew,
held a plumb bob, sighted rectitude in the distance,
the mystery of the straight line.

He wanted sacrifice, a stint in Africa,
a medic corps. Sin was easier, the express way
to submission. He surrendered two more wives,
work as an editor, a teaching post, his black-haired son.

In the Appalachians the sound of ordinary life
falls far away. Heavy spires of sourwood
and old hickories jack storms up beyond a bluster.
Occasionally a letter gets through, a cousin
visits. But there are women in town
and many shelves of shapely bottles.

Endless rambles, sporadic prayer, misspent words
no longer put to paper. If he never sights
the desolation, he can overlook the grade.

When snow disappears, bleak browned mulch remains,
but by spring wild pinks will flourish, plus lupines
and the flame azalea. 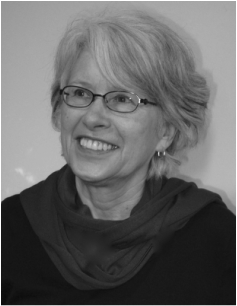 Beverly Burch’s fiction and poetry have appeared in New England Review, North American Review, Antioch Review, Willow Springs, Southern Humanities Review and Poetry Northwest. Her second poetry collection, How A Mirage Works, won the Sixteen Rivers Press competition and was a finalist for the Audre Lorde Award. Her first, Sweet to Burn, won the Gival Poetry Prize and a Lambda Literary Award. She is a psychotherapist in Berkeley.
Powered by