One morning in June I noticed my mother standing
perfectly still on the sidewalk across the street.
She faced our house, examining something with great interest.
After several minutes, spooked by her unbroken gaze,
I asked her what she was doing and she said: I just like to look.
Eventually I see something that needs to be fixed.
The next day, she stood in the yard staring at the garage door
for 15 minutes, hands on her hips, unmoving.
When I asked her doctor about this strange habit,
she told me it is quite common among older people.
They focus on a tiny detail or a problem that most of us
wouldn’t even notice. The world becomes smaller,
limited to their immediate surroundings.
Everything in focus, magnified.

If you were still alive, I’d shrink my world down
and keep watch. Grandma and I would set up camp
in your bedroom, bring a small light and leave it on all the time
so even at night you’d be the only thing in view.
Eventually I would see what needs to be fixed.
As the hours pressed on, we’d build a new history
here in this room, this new world that still exists
with you in it. 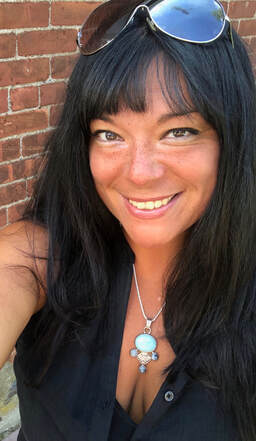 Joan Kwon Glass is a Binder and a biracial Korean American who grew up in Seoul, South Korea and in Michigan. She lives near New Haven, Connecticut. Her poems have recently been published or are upcoming in Rust & Moth, Rattle, SWWIM, Rogue Agent, South Florida Poetry Journal, FEED, Ghost City Review and many others. Her poem, “Bathing Scene,” was featured on the Saturday Poetry Series: Poetry as it Ought to Be, and her poem “Cartouche,” was nominated for a Pushcart Prize. She tweets @joanpglass.
Art: Creative Commons