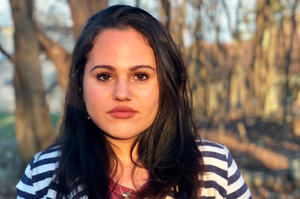 Katherine Martini is a New Jersey native and upcoming second year MFA candidate in creative writing at Rutgers University, Newark, where she also received her BA in English in 2018. Her work has appeared or is forthcoming in Lips Poetry, Variant Literature, Eunoia Review, and peculiar magazine. A 2020 recipient of the Truman Capote Literary Trust fellowship, Katherine intends to complete her MFA in May 2021 and pursue writing full time.
Powered by