In the Memory Wing

She isn’t scared until she sees
the other residents, people

worse than she is, women and men
who can’t feed themselves, who don’t

know where they are. They are the future.
A woman in the dining room

Still, she takes her meals there
rather than in her room because

she’s forgotten which end of the fork
to hold, and she wants to be able

to walk away from the mess she makes.
She’s sad when she calls me, asking why

this thing I’ve got has happened to her.
It’s not your fault, I tell her. Who knows?

Maybe genetics. When I was a kid,
someone told me that if you could see

the moon in the daytime, that meant that you
were crazy. I worried over my madness

until my mother tsked and told me
it wasn’t true. She pointed up

to the white omen, round as a bubble
of thought, in the blue morning sky. 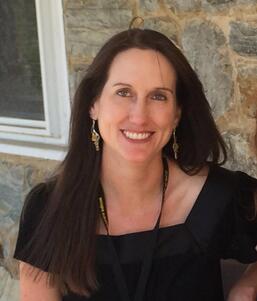