She will think of the unnamed intruder,
the annual humiliation—
the pitiless hand pulling back the drape of her hair,
uncovering acne;
stripping away a coat,
revealing the bones of self-starvation.
She will think of the demand
for the rictus of a smile,
hours after a leather slipper
has smashed her
like a silverfish.
She will think of her reluctance and
her compliance,
captured each year in a book.
She will think of this half a century later,
in a white room, with a cold white machine
pointed at her breast,
and she will order her cowering, terrified cells
to grin. 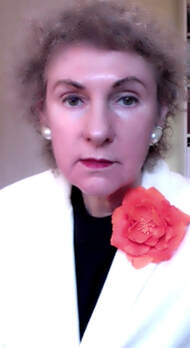 Margaret D. Stetz is the Mae and Robert Carter Professor of Women's Studies and Professor of Humanities at the University of Delaware. At age sixteen, she began publishing poetry in literary magazines, but then abandoned the genre for decades, dedicating herself instead to teaching work by other poets, especially women. Recently, however, poems have started to appear suddenly in her dreams, on her computer screen, and on stray pieces of paper on her kitchen counter.
Art: Public Domain
Powered by